“WOW! I JUST GOT OFF THE ROCKET ROLLER COASTER RIDE THAT IS ‘CHOKED UP’–THE THRILLS JUST KEEP COMING, IN WAVES. YOU’RE GONNA GET WHIPLASH!

“THIS ENTERTAINING CAPER CAREENS ALONG WITH ITS COMPLICATED AND COMPELLING HEROINE, MAISIE MIGRAINE, FIRMLY IN THE DRIVER’S SEAT.”

“MYSTER BUFFS WILL NOT ONLY BE SWEPT UP IN THE INGENIOUS AND WELL-CRAFTED PLOT BUT WILL LOVE THE IRREPRESSIBLE MAISIE, WHO KNOWS WHAT SHE WANTS. RECOMMEND FOR READERS WHO MISS THE WORKS OF ELEANOR TAYLOR BLAND AND ENJOY THOSE OF TIM DORSEY.”

C. C. HARRISON, AWARD WINNING AUTHOR OF PICTURES OF LIES AND THE CHARMSTONE. 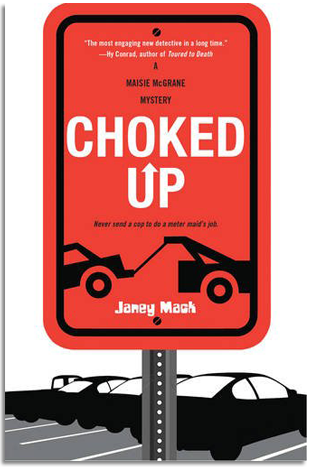 She’s working undercover–and she’s in way over her head.

When Maisie is targeted by a killer who leaves a body slumped against her car, Renko comes to her rescue and takes her under his wing. From her perch inside the crime boss’s inner circle, Maisie sets up a daring sting operation to take down Renko once and for all. But can she pull it off before her family of overprotective Irish cops and her sexy ex-Army Ranger boyfriend blow her cover?

BUY CHOKED UP NOW AT THESE RETAILERS

GO UNDER THE COVER