Maisie’s family is one of the spectacular aspects of this debut mystery. With five older brothers who are all either cops or lawyers and her parents, one a cop and one a lawyer, the reader develops great appreciation for this group. The familial harassment, interference in private lives, and dinner competitions regarding ticketing violations (the better to catch criminals), is very relatable. I laughed aloud at Maisie’s internal commentary because I too would like to share my brother with someone else, forever.

In Time’s Up, the entire cast of characters, from Maisie’s training officer, to the sketchy ex-Army Ranger she dates, are highly entertaining, bringing to mind Evanovich’s Stephanie Plum series. But Maisie is not a walking accident. On Day One of what she hopes will be a short parking enforcement career she finds a dead body, which is turned over to her brothers and found to be mob-related. Then, while acting as the designated driver for another brother, she ends up in bar fight against her academy nemesis. Between ticketing the mayor, finding more dead bodies and booting vehicles all over the town, Maisie keeps this title moving. 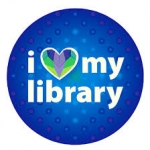 LONG AND SHORT REVIEW’S: BOOK OF THE MONTH – TIME’S UP 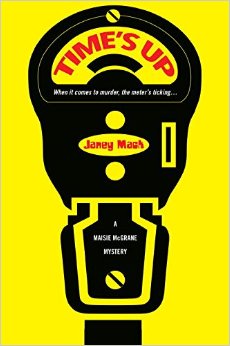 All Maisie wants to do is become a cop like her father and her brothers. Her mother is a lawyer, but that’s not for Maisie. So all her hopes and dreams come down around like a collapsed air balloon when she’s told she has flunked the academy because of her psychological test. She wants people to like her and that’s impossible when you’re a cop. Now what will she do?

This author wanted to be a cop and her father wouldn’t allow her to do so. This book is a story that’s based on that premise but Maisie refuses to give up. She’s an easily likeable character because she’s so determined and focused on her goals she’s almost not protecting herself from political or physical danger. It’s a good thing she has lots of brothers to protect her and a very supportive family (for the most part).

Ms. Mack has the tone and quality of writing that reminds me of Janet Evanovich. I enjoyed the story and the style it was written in.

Maisie is almost in despair when she comes up with the idea of going into the world of parking enforcement. Her brother, Cash, gave her that idea and she’s going to run with it. She does and it doesn’t take long until she’s cross-wise with the Mayor. That’s not a good start for her…

There’s murder, a bomb, hot politicking and a family trying to warn her off, but Maisie is her own person and she muddles her way through.

The best part, though, is her hot boyfriend. He reminds me of Ranger in the Evanovich books. He’s a mean human weapon who has taught her skills that come in handy in this story and he’s determined to take care of her. What more could you want? Thoroughly enjoyable.

RESCUE HUMOR REVIEW OF TIME’S UP 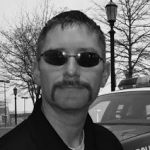 Debut author Janey Mack has written a novel that keeps the action and suspense moving so you keep the pages turning in Time’s Up. According to her author bio she always wanted to be a police officer but he family would not let her. So now she writes about police.

In this story Maisie McGrane is in the police academy. Unfortunately for Maisie she fails a test and is kicked out of the academy. The McGrane family in the story all works in Criminal Justice. Dad is a police officer, mom is a lawyer. Her siblings are both a mix of lawyers and cops, including homicide detectives.

You can tell the author had a desire to work as a police officer. There were details in some aspects of the story that most authors miss. Yes there were some things that are not normal procedures, but overall she did a good job describing police work. She also got the humor and the family dynamic right.

As a matter of fact the humor kept the story fresh. In addition there are just the right number of twists to keep the plot moving forward.

The cover notes this as a “Maisie McGrane Mystery”, meaning this promises to be a series of books. I could see myself reading more books by Janey Mack if her next book in the series is as good as Time’s Up was. 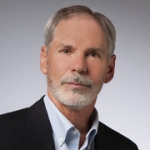 Maisie McGrane’s life dream of becoming a Chicago police officer is destroyed when the police academy expels her. Her family has a history of serving in the Chicago police and she was the top cadet in her class. Determined to make it onto the force, Maisie takes a job as a meter maid, which she reasons will set her up for a promotion in a year.

While despondent over her expulsion, Maisie seeks solace from her secret crush, ex-Army Ranger Hank Bannon. Their friendship turns into a hot love affair and Maisie sees hope for her future until she discovers the dead body of a City Hall employee. She’s determined to solve the murder despite warnings from her family to stay away from the case.

What Maisie wants most is to keep her nose clean until she can get promoted onto the police force, but everything she does backfires. Even her career as a meter maid appears to be doomed when she and her partner put a parking boot on a limo that belongs to Chicago’s mayor.

Maisie’s confrontation with the mayor goes viral and soon the meter maid who wants to be a cop is catapulted into local stardom. With the mayor, several jealous Chicago officers, and a killer gunning for her, Maisie realizes the worst is yet to come—if she lives to see it.

This is a sparkling debut from author Janey Mack. Maisie McGrane is likable, engaging, and thoroughly adept at finding her way into trouble. The dialogue is crisp and the action nonstop as Maisie goes from one crisis to another. There are times when Maisie’s thoughts become a bit heavy-handed, but overall, this is a very nice debut and a bright spot for fans of funny mysteries with female protagonists.

FTC Full Disclosure: A review copy of this book was provided by its publisher. 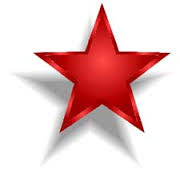 After flunking her psych review, Maisie ­McGrane is booted out of the police academy. How will she face her policemen brothers and father? She decides to become the best meter maid in town. While performing her traffic enforcement duties, Maisie discovers the dead body of a City Hall employee in a no-parking, no-waiting zone. What’s a meter maid to do? Maisie can’t shake the feeling that this corpse may well be connected to the murder of Keith Nawisko, bus driver and officer of the Amalgamated Transit Union. It’s ­Chicago, where politics can turn murderous. With the surreptitious assistance of her shadowy ex-Ranger boyfriend, Hank Bannon, Maisie gets involved in nefarious goings-on in the Windy City. VERDICT Mystery buffs will not only be swept up in the ingenious and well-crafted plot but will love the irrepressible Maisie, who knows what she wants. Having grown up with several older brothers, she has fought for herself for years. Recommend for readers who miss the works of Eleanor Taylor Bland and enjoy those of Tim Dorsey.

Mack’s outstanding debut conjures up equal parts Janet Evanovich (zany characters) and Michael Harvey (the Chicago political machine). Maisie McGrane was a top recruit in the police academy until she was booted for failing the psych review. Embarrassed and devastated but not deterred, she takes a job with the traffic department as the next best thing and a way to get back into the police department’s good graces. Unfortunately, giving tickets to Chicago’s drivers and parking scofflaws proves dangerous: Maisie stumbles on a body, who happens to be a union activist. Things go from bad to worse when she hassles the mayor’s driver for illegal parking. A firestorm of controversy soon pits Maisie against a slew of shady folks stretching from the mayor’s office to the unions, and even the police department itself. Riotous characters, including the members of the large McGrane clan, enhance a fast and furious plot that expertly balances menace and laugh-out-loud hijinks. Agent: Laura Bradford, Bradford Literary Agency. (July)