HAVE A DRINK WITH LINCOLN FARISH

Meet Lincoln Farish, a story teller that wove the real with the fantastic since he was a child, Lincoln is an Army Reservist who has had the pleasure of visiting the Middle East five times so far.

He currently resides in the Commonwealth of Virginia with his lovely wife, little girl, and Calvin the Helper Dog. When not doing obscure jobs for the Government or shadowy corporations he works at honing his craft and defeating the neighborhood ninjas.

WHAT WE’RE HAVING: BANANA BANSHEES 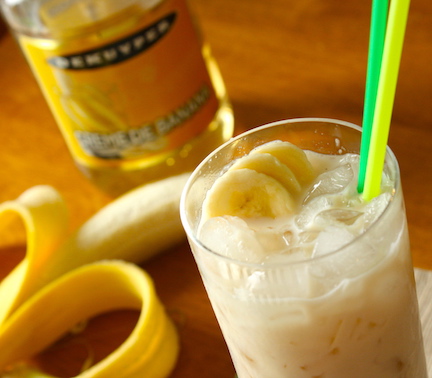 JM: If you were a box of cereal, what kind would you be and why?

LF: I like cereal, I’ve eaten a lot of it over the years, but I have never considered becoming cereal. Perhaps I am limiting myself by not considering what my life would be like as a box of Captain Crunch sitting on a shelf in the kitchen awaiting my slow death, bowl by bowl of me being consumed by feral, pestilential, children until dissipation occurs, and I arrive at cereal heaven.

So if I had to be cereal, and as GI Joe cereal is no more, I think I’d go with Captain Crunch, he’s a sailor, so he knows how to party. And I would want to party to help me get through the grim ritual of being eaten alive every morning.

LF: No sleep – a couple of days; insufficient sleep, several weeks. I get strange when I don’t get enough sleep, strange as in people run away as I seem to radiate “Let’s kill Batman,” levels of crazy. If I go too long I hallucinate, I see neon geometric shapes. I know, I’m kinda bummed myself, why not half-nude women who wish to do filthy things to me?

JM: What song best describes you (or your work ethic)?

LF: Tough one – I could go with O Fortuna from Carmina Burana, which musically sounds cool, but if you translate the lyrics, is actually one long snivel fest. Same with The Smith’s “How Soon is Now?” So I guess I’ll have to go situational, when on a psychotic rampage, I’m inspired by the song “Why can’t we be Friends,” by War, for smexy time either “Ain’t I Been Good to You,” by the Isley Brothers or Ram Jam’s “Black Betty.” I’ll let you figure out when either song would play. For a regular day it would have to be “Twilight Zone,” by Golden Earing. And after doing Montrose’s Toast and having a few it’s either “One Night in Bangkok,” Or “Rock me Amadeus.”

JM: What insults your intelligence?

LF: Idiots, those who insist the designated hitter rule somehow corrupts baseball, logical fallacies, people who think Roller Derby is not a sport, but cheerleading is, Shawn Spencer trying to convince me his name is Soupcan Sam, the theory that “Blondes have more fun,” elitists who try to patronize me by using patronizing in a sentence, wanna be gym rats calling them “Kettle Balls,” folks who think Shaggy is a hipster (no idiots he’s the real deal, an actual hippie). There might be a few others things, ( George Nada would totally kick Snake Plisken’s ass) but that list is kinda long already.

JM: Last movie you saw on TV or in a theater that you loved. 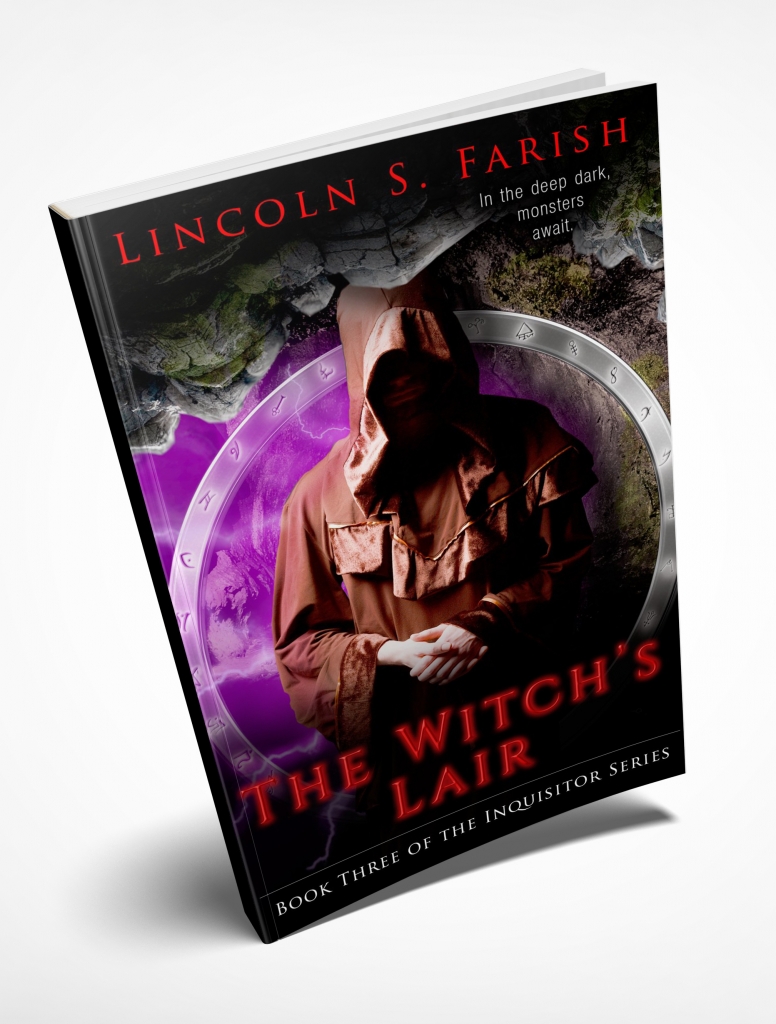 Brother Sebastian is back, and facing new monsters and challenges. Sarah, Sebastian’s dead wife, continues to plague his sleep, but now a new woman has joined her. Sebastian’s dreams have become even more…disturbing.

Thaddeus may have been strong and terrible, but there is worse evil out there. From the deserts of Arizona, to the decaying inner core of Portland, to the Cascade Mountains, Sebastian is on the trail of the wizard who summoned a Gut Ripper and almost wiped out a priory of Hammers.

Even with the help of old friends and new, can Sebastian survive The Witch’s Lair?